Musician, composer and filmmaker Krzysztof Szychowski is an independent creative spirit and a stalwart supporter of the art of others. Krzysztof studied piano early on, moving quickly through conservatory study and then exploring composition and electro acoustic blending.  Work in images and theatre came next, with film as the most recent thread in his work.

In 2013, Krzysztof worked with the Big Bucket Band to direct and produce a documentary called The River Runs. This work engaged musicians with mental illness and prompted further collaboration on film projects with the Ottawa Mental Health Services, where he has developed documentary videos and series of smaller vignettes. His own current multimedia project blends new compositions, live drama and film to create an immersive performance that can draws audiences into the worldview of wildlife. He has also been a collaborative force in the lives of local artists in Ottawa, including local potter Michele MacDonald and jazz guitarist Rob Martin. 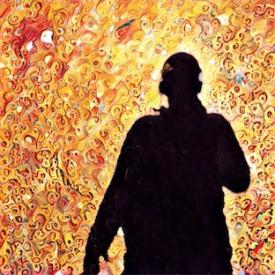