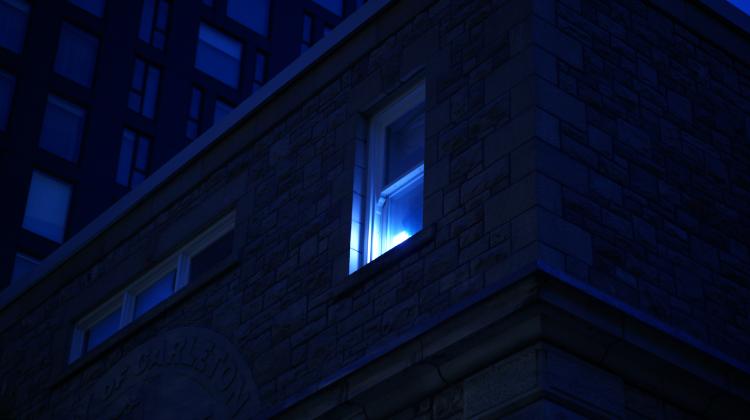 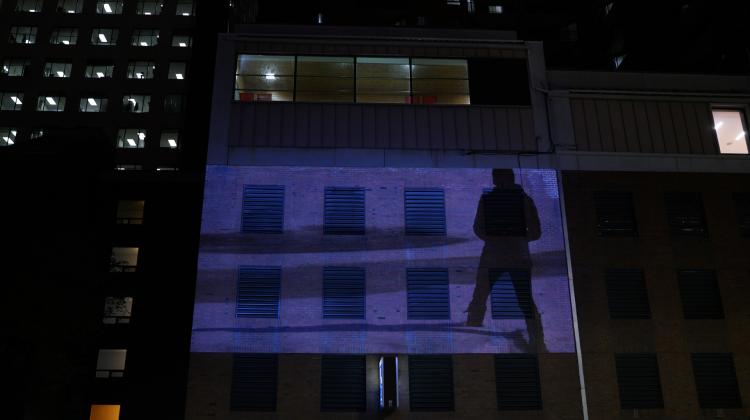 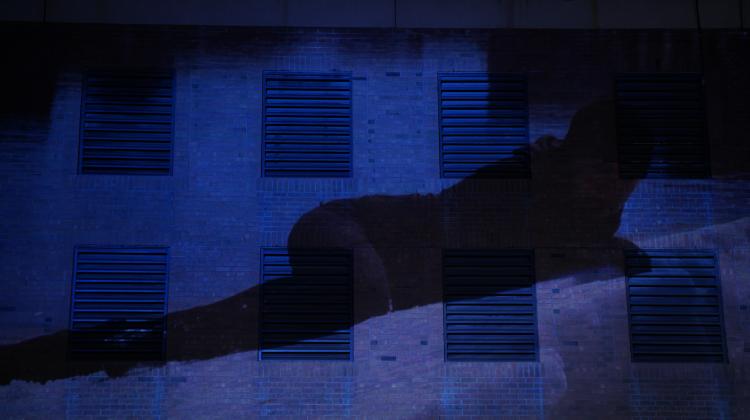 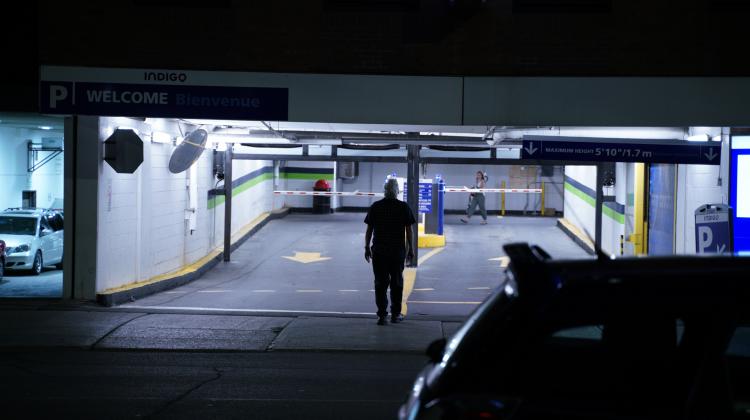 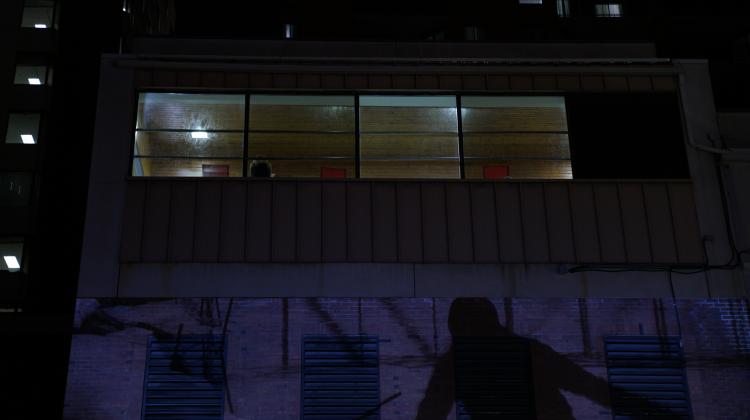 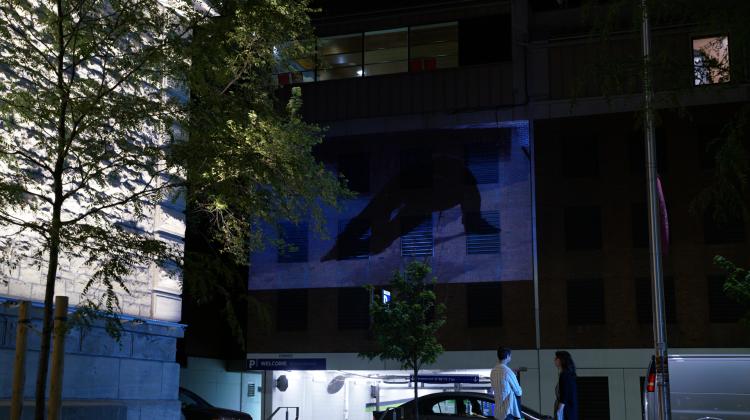 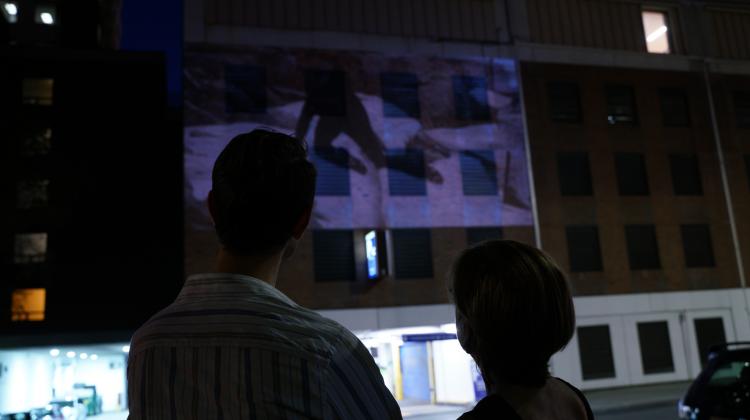 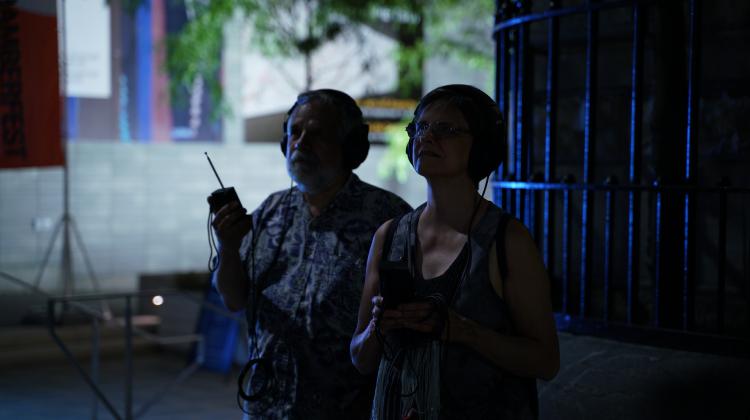 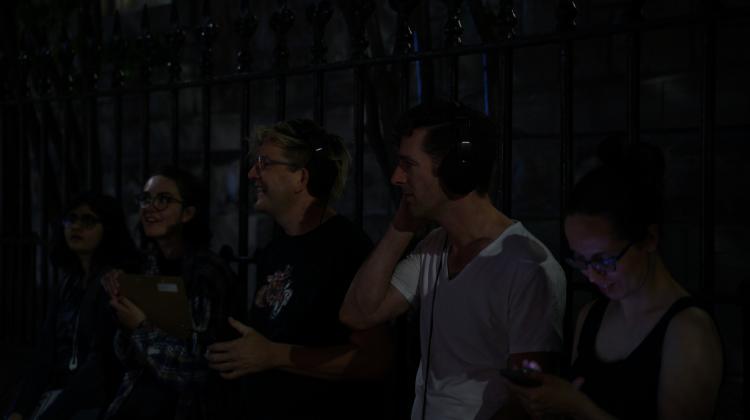 Presented as part of Knot Projections 2019: Imagining Publics, a special project by SAW Video Media Art Centre, with support from the Ontario Trillium Foundation. Hélène Lefebvre's work was also supported through funding from the City of Ottawa.

We begin Knot Projections 2019: Imagining Publics close to home, sending a beam of projected light from inside the Arts Court to land across the street on the brick wall of the Les Suites parking garage. The result produces a large-scale video image over the gridded exterior of our neighbouring building, visible from the entrance to Arts Court at 2 Daly Avenue. Appearing just below an array of windows that open up onto the hotel’s rooftop swimming pool and gymnasium, passersby encounter Hélène Lefebvre carrying out a daring and demanding act of endurance in her new performance video, Open Water.

For Open Water, Lefebvre examined the subject of winter, giving intense focus to the temporarily frozen Ottawa River, known in these unceded and unsurrendered Algonquin territories as Kichi sipi, literally “big river”. For a sustained six months, Lefebvre revisited the same precise location upon the river at regular intervals to perform observational, sensorial, and physical field research, ultimately translating her explorations into video form through the hand-held camerawork of Robert Cross.

Through her process of retracing the contours of a singular site, Lefebvre developed a vocabulary of movement that has embodied her relation to the shifting behaviors of the river ice. Central to her approach to the place was the artist’s desire to cross from one side of the river to the other, producing strategies for movement that took form as flat horizontal crawling — scaling and pressing against the vast, opaque terrain. As winter progressed, Lefebvre’s movement’s became increasingly propelled by an inescapable sense of urgency: as spring approached, her possibilities for action and crossing were growing thinner, with the stability of the river fragmenting and surrendering to the coming heat. The result is a video that over its duration describes a slow seasonal transition, accompanied by a lush sonic treatment that covers an equally expansive auditory spectrum, from micro-sounds of the body to the deep, distal rumbling of the sub-level current. Through a polarized treatment of scale and time, Lefebvre opens up an unsettled affective territory that is both determined and precarious - committing to a fiction that is slowly getting real.