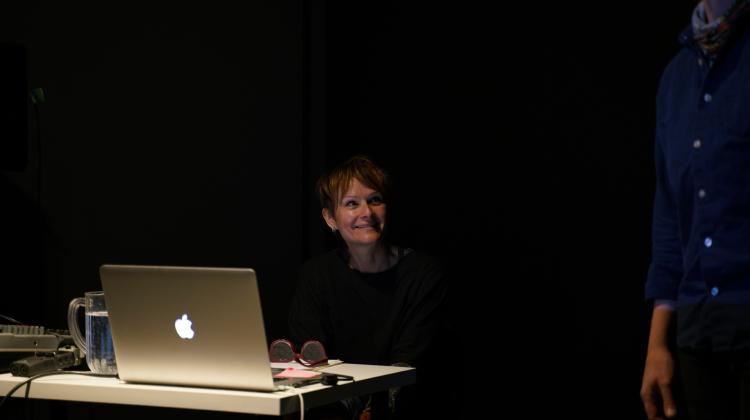 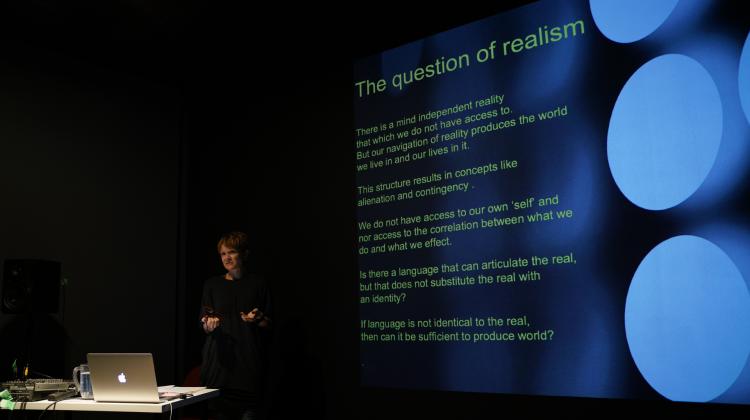 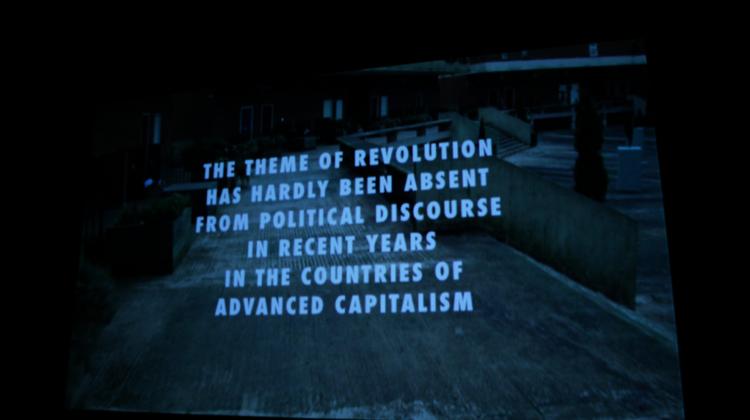 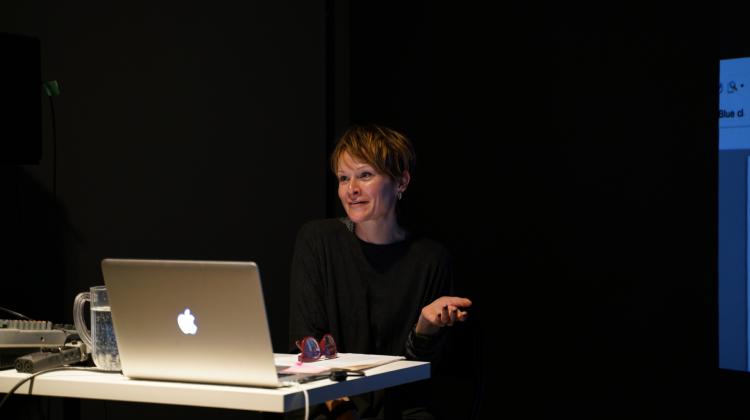 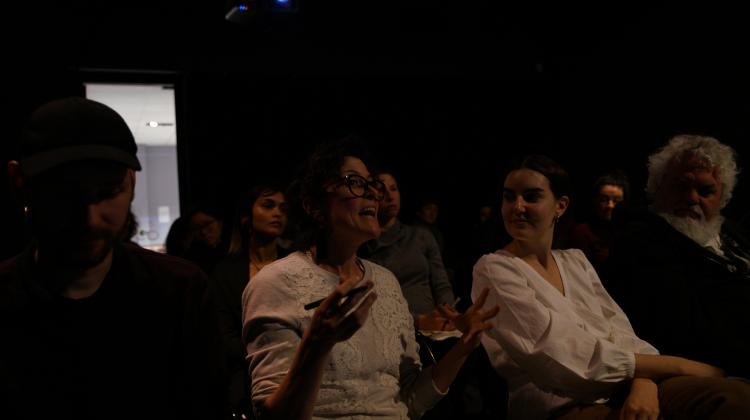 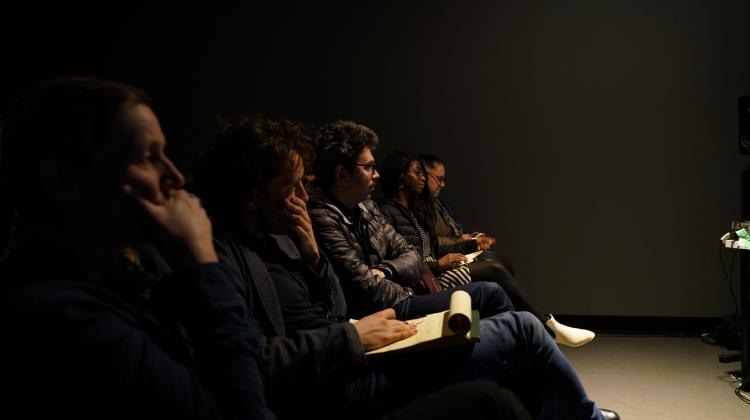 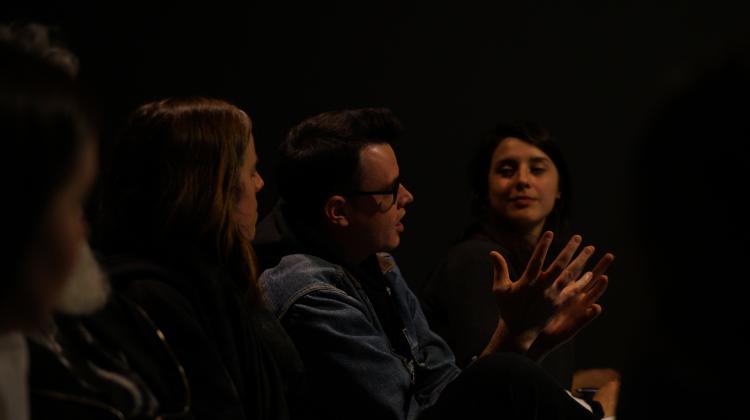 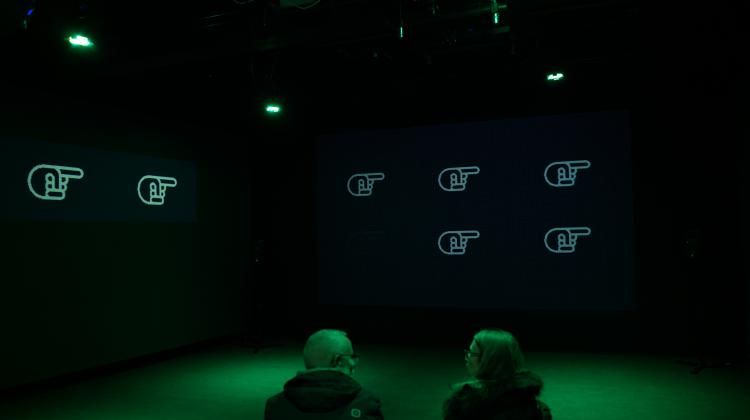 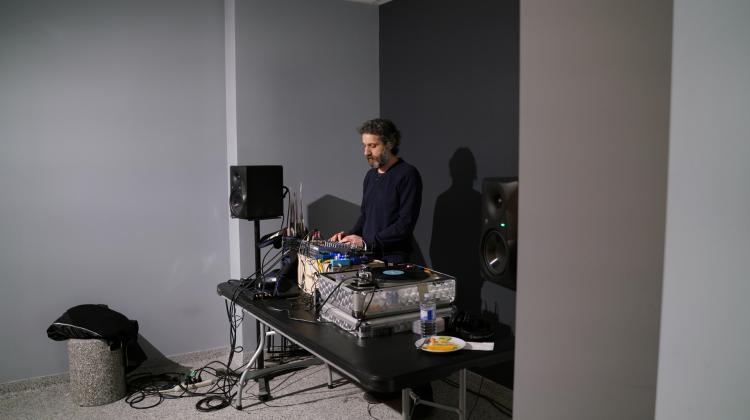 Knot Project Space continued its Video in the Public Sphere Speaker Series with LA-based artist and writer Amanda Beech, who delivered an artist talk and screened a selection of her works. The talk also functioned as the reception for Beech's five-channel video exhibition Covenant Transport, Move or Die, which was on view from March 9th - April 6th, 2019.

In the talk, Beech discussed the overarching themes of her work, concentrating on the possibilities for a realist art, what this would mean, and how it ought to function. To address this theme, she concentrated on and screened specific video works that have explored the relation between image, site and location, as well as the philosophical questions regarding the nature of our reality that produce these relations. In other words, Beech’s lecture asked: what role does our conception of the world play in our notions of place? How might the construction of an artwork that takes this into account behave as a location in itself?

Amanda Beech is an artist and writer living in Los Angeles. Using a range of compelling rhetorical and often dogmatic narratives and texts, Beech’s work poses questions and propositions for what a realist art can be in today’s culture; that is, a work that can articulate a comprehension of reality without the terminal mirror of a human identity that is used to picture it.

Beech has shown her artwork and presented her writing at major international venues including; This Time, a video commission for the Remai Modern, Saskatoon, Canada, 2017; Covenant Transport, Move or Die at The Baltic Center for Contemporary Art, Gateshead, UK, 2016; and Sanity Assassin, in Neocentric, at Charim Gallery, Vienna, Austria, 2016. Other recent work includes her contributions to Art Margins, 2018 with the comic Realism and its Discontents; What Hope Looks Like After Hope, Homeworks VII Beirut City Forum, Ashkal Alwan, Beirut, Lebanon, 2015; Bots, Bodies and Beasts, at the Gerrit Rietveld Academie, Amsterdam, 2015; Speculative Aesthetics, Tate Britain, London, UK, 2015; and the presentation of the three-channel video installation Final Machine at both Agitationism, the Irish Biennial 2014, and L’Avenir, Montreal Biennale, 2014. Amanda Beech is Dean of Critical Studies, California Institute of the Arts, Santa Clarita, California.