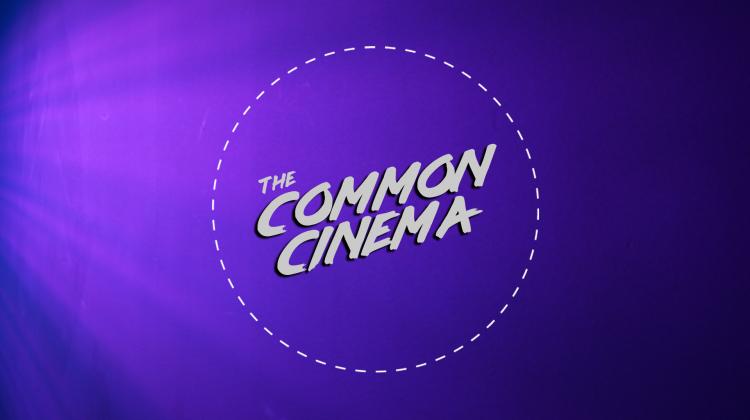 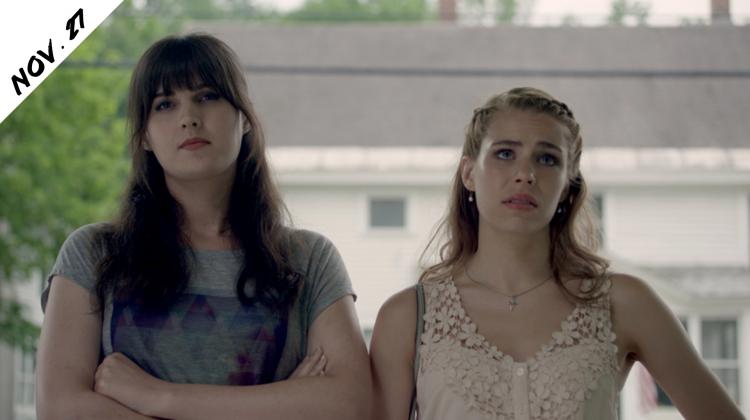 An Evening of Trans Cinema, presented by The Transgender Media Portal 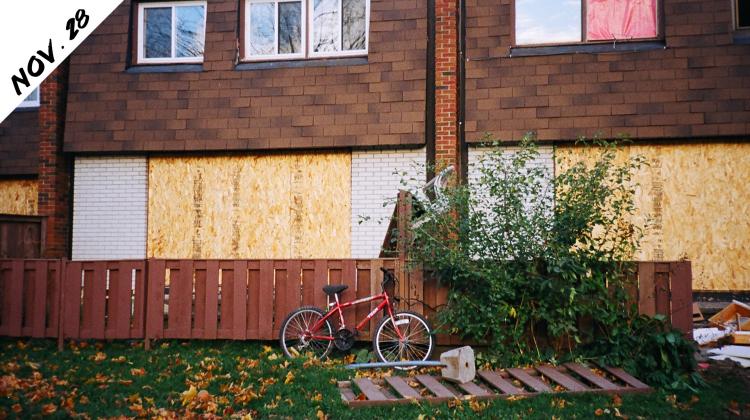 MY COMMUNITY IS HERE, presented by Kind Space 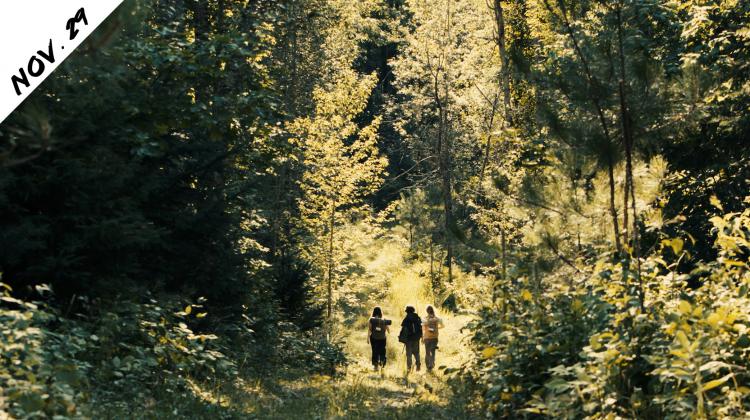 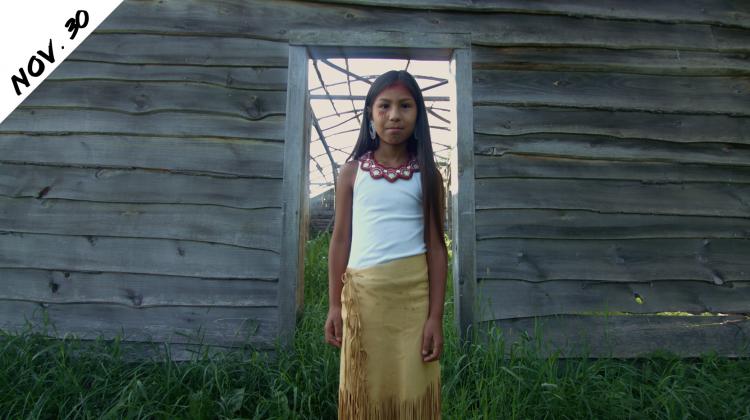 The Next 150: Documentary Futurism, presented by Cinema Politica 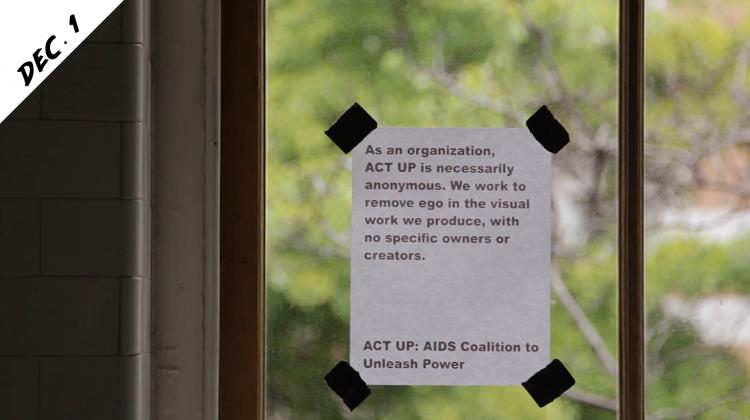 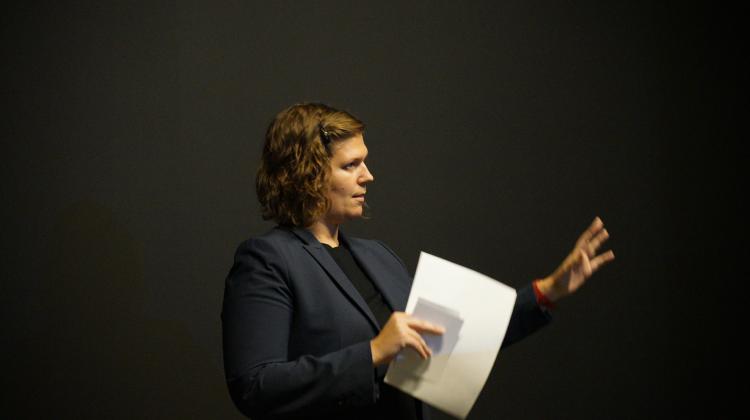 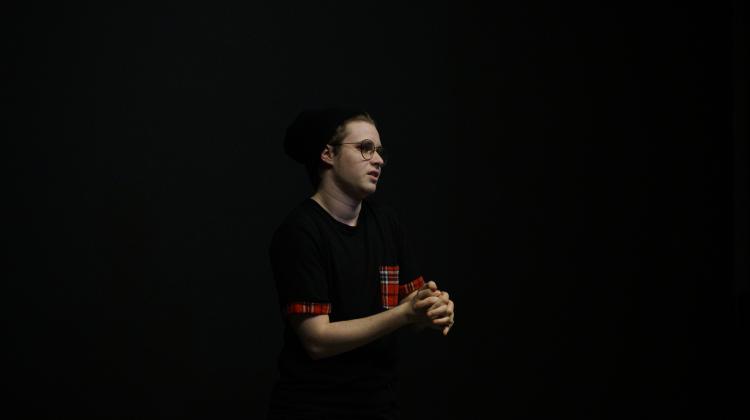 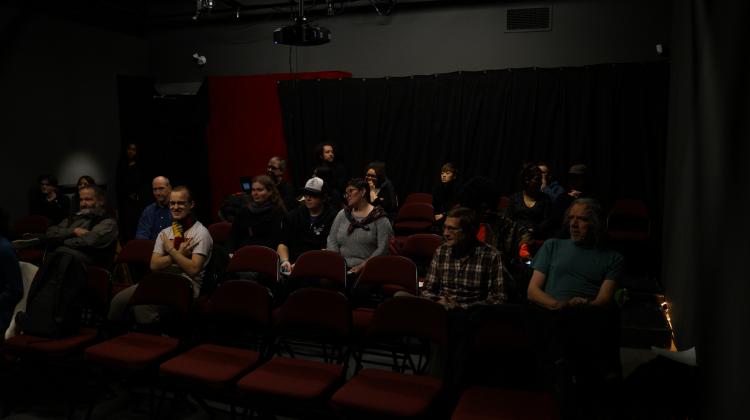 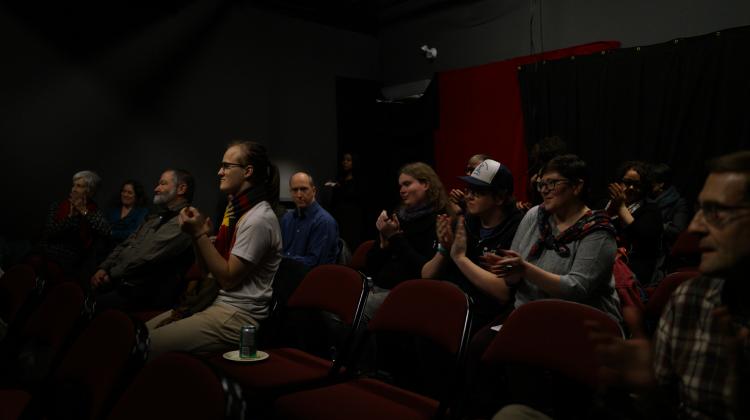 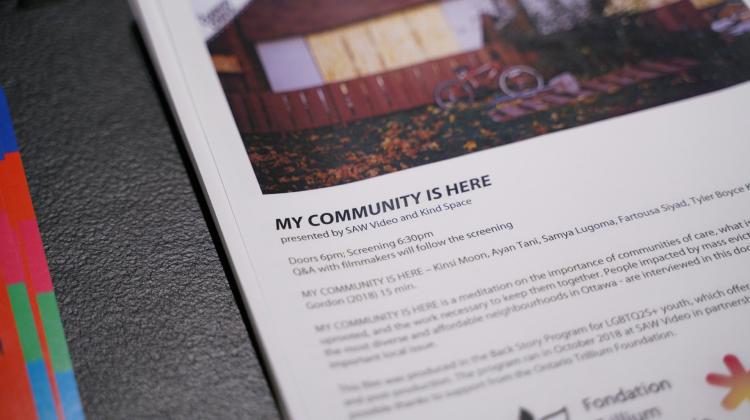 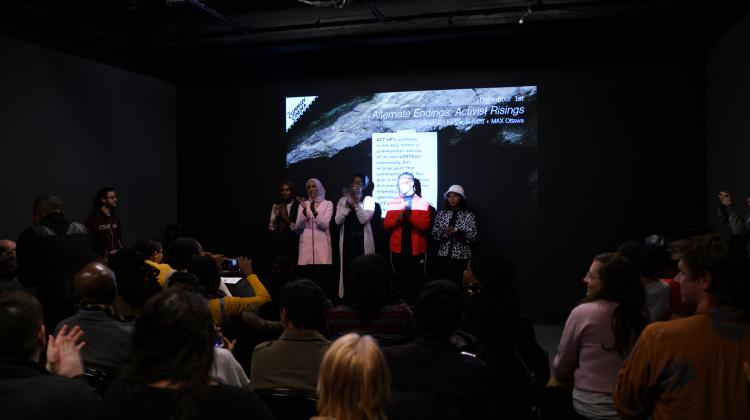 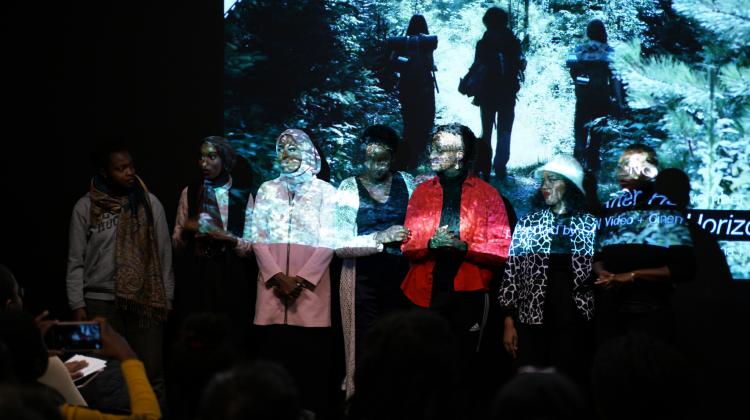 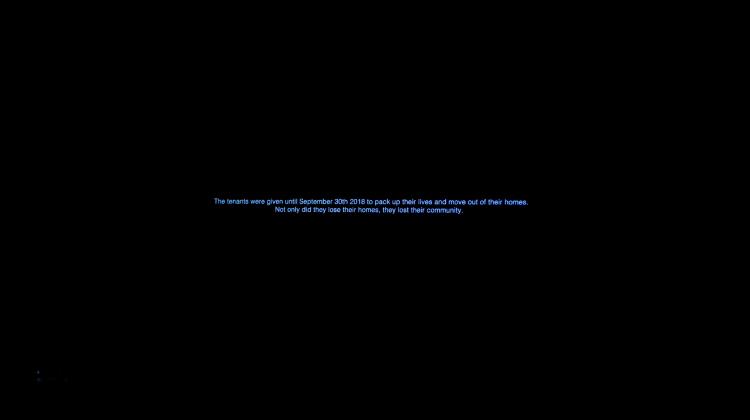 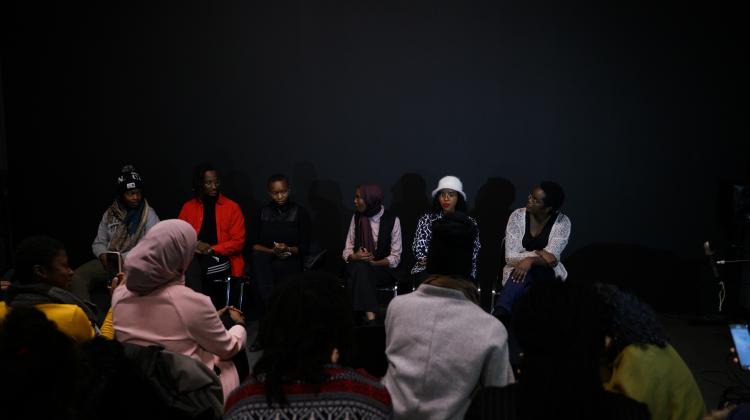 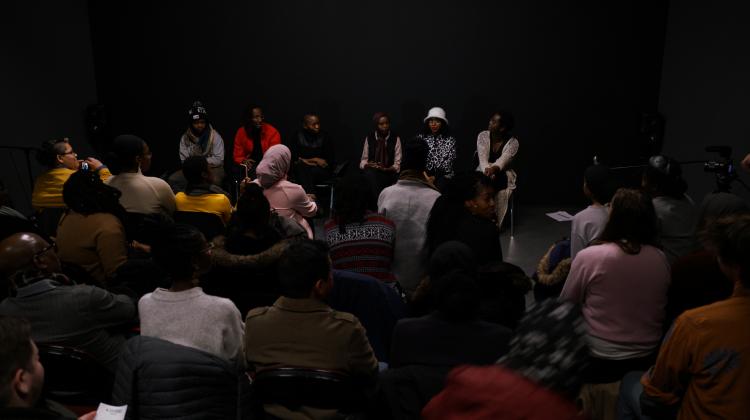 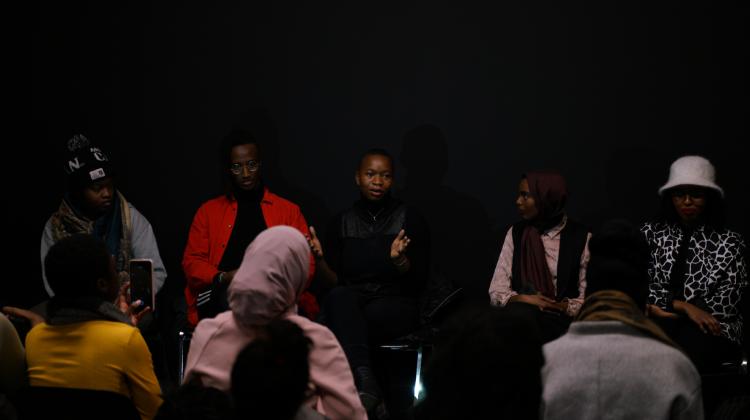 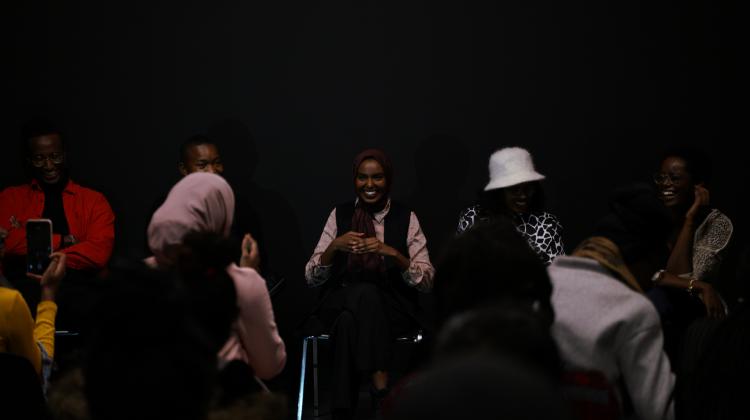 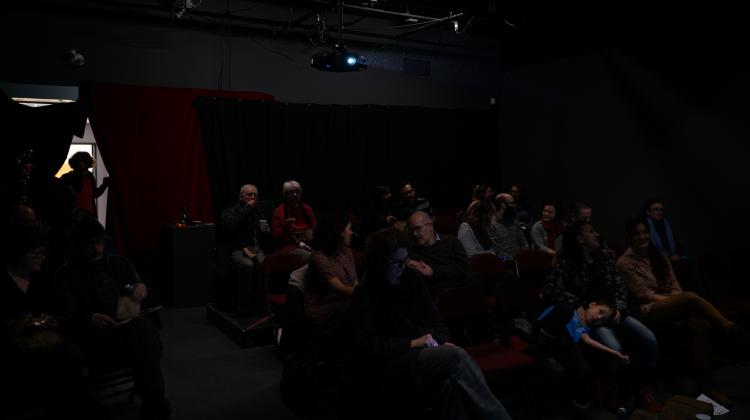 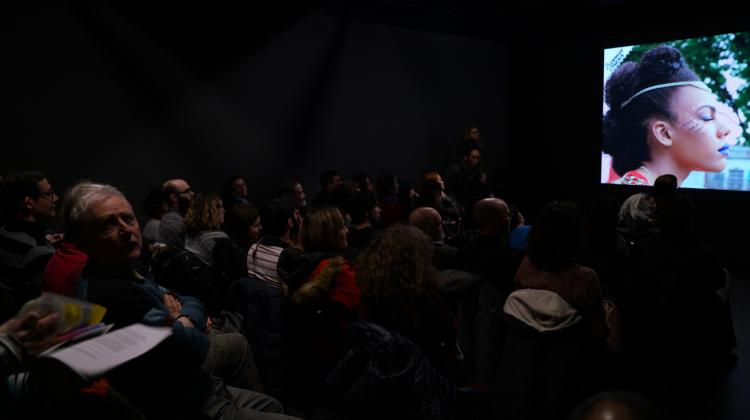 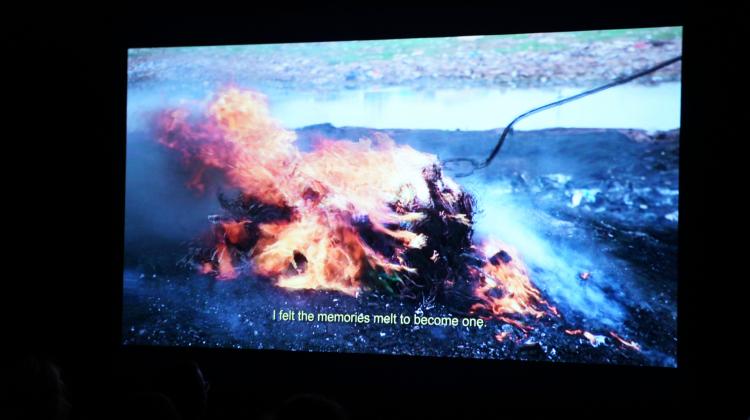 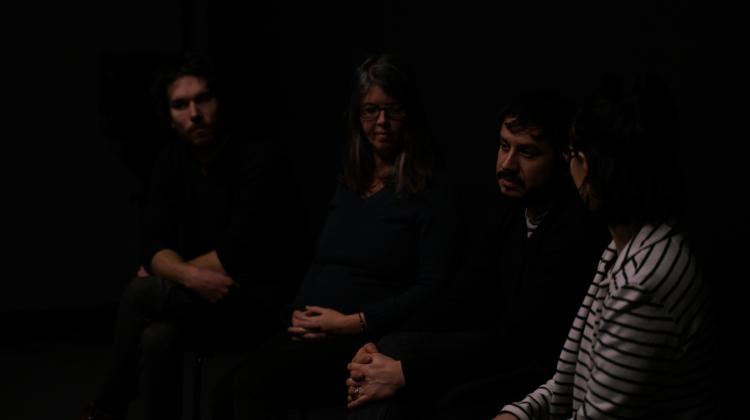 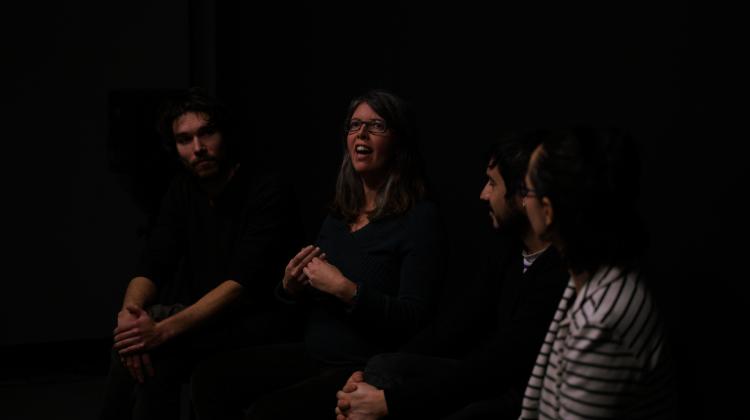 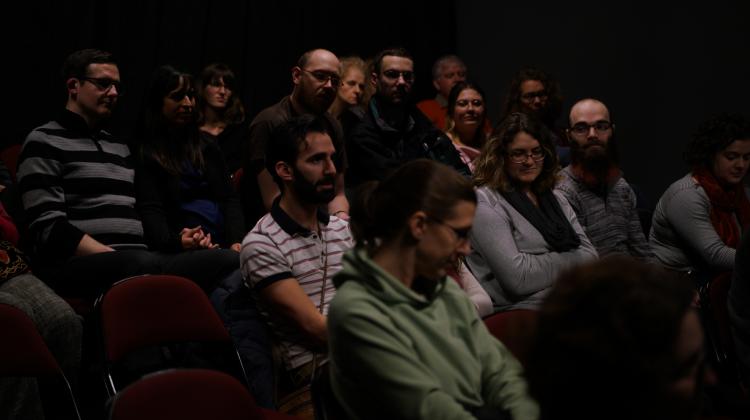 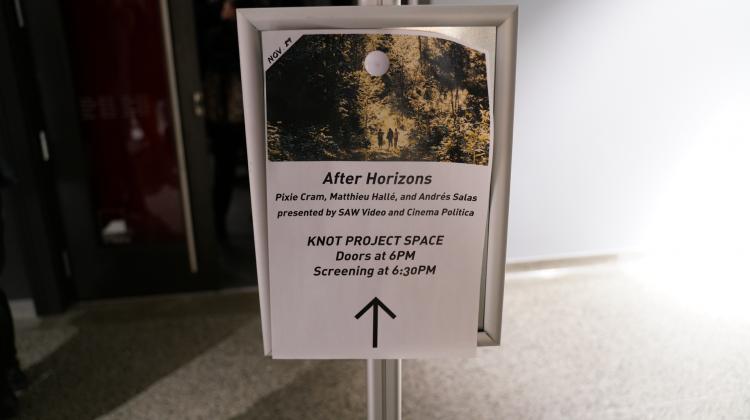 The Common Cinema: Vol. I

From November 27th – December 1st, 2018, Knot Project Space functioned as The Common Cinema, a small-scale community theatre which presented five consecutive evening screenings, each in collaboration with a different partner organisation: The Transgender Media Portal at Carleton University, Kind Space Ottawa, Cinema Politica, MAX Ottawa and Visual AIDS. Free and open to the public, these screenings presented works that utilise various formal strategies to address a set of urgent concerns - transgender rights, environmental sustainability, gentrification, decolonisation and the ongoing AIDS crisis. With each community partner having presented their screenings in their own terms, and in some cases facilitating in-depth follow-up discussions about the works, this temporary cinema explored the moving image as a mode of resistance and collective world-making, holding the complexities of contemporary struggles in common.

The Transgender Media Portal Project is a SSHRC-funded project operating through Carleton University that endeavours to create a collaborative online database of trans, Two Spirit, nonbinary, intersex, and gender-nonconforming filmmakers and their works. This screening served as an opportunity to enjoy a sample of those works and to interact with others who share an interest in trans cinema. The event began with a brief introduction by project leader Dr. Laura Horak and research assistant Noah Rodomar, followed by the screenings, and then concluded with an open discussion or reception where guests could share their thoughts and learn more about the project.

Content Warning: This program included transphobic violence, brief nudity, mild sexual content, and mentions of suicide. Please reach out to transgendermediaportal@gmail.com if you require any further information about these warnings.

Limina is a heartwarming short film by Florian Halbedl and Joshua M. Ferguson about a genderfluid child and their influence on the lives of those in their community.

Spot by Jamie DiNicola, is an experimental short that weaves the lives of strangers together through their interactions on a particular city street--This film also features an exclusively transgender cast!

Boy Meets Girl tells the story of a young trans woman learning how to navigate love and dating living in a rural town.

MY COMMUNITY IS HERE
presented by Kind Space

MY COMMUNITY IS HERE is a meditation on the importance of communities of care, what is at stake when they are uprooted, and the work necessary to keep them together. People impacted by mass evictions in Herongate - one of the most diverse and affordable neighborhoods in Ottawa - are interviewed in this documentary short on an important local issue. This film was produced in the Back Story Program for LGBTQ2S+ youth, which offered training in video production and post-production. The program ran in October 2018 at SAW Video in partnership with Kind Space and was made possible thanks to support from the Ontario Trillium Foundation.

SAW Video is thrilled to have hosted After Horizons, the first of two evenings of screenings presented in partnership with Cinema Politica. After Horizons featured works by two SAW Video members: Pixie Cram’s premiere of her new short film Pragmatopia, and Matthieu Halle's film experiment Apartment No. 2. Also joining them was Andre Salas, whose film We Could Have Been Heroes was produced through Cinema Politica’s recent commissioning program The Next 150: Documentary Futurism. These formally varied works examine contemporary concerns through a dystopic lens, each navigating the terrain of a world on the other side of collapse.

We Might Have Been Heroes
In a world with nothing left to mine, communication has become the main resource for humanity to exist. The challenge? To stay connected.

Apartment No. 2
The noise and views from the top floor of a twenty-story apartment building. Made with found objects as lenses and a malfunctioning sound recorder.

Pragmatopia
Inspired by the recollections of a Hiroshima survivor, the film follows two young women as they journey from the outskirts of the city to a radioactive area deep in the woods. Along the way, they encounter a young drifter. As they travel together, they are forced to confront their new reality. The film was produced through SAW Video's Production Fund. Watch the trailer for Pragmatopia here: https://vimeo.com/272046548

Selections from 'The Next 150: Documentary Futurism'
presented by Cinema Politica

The Documentary Futurism programme offered a wide range of formal approaches and topics, from mesmerizing site-specific performances to imaginative aesthetic interfaces, from queer sexuality to decolonization. Forward-looking and deeply political, each film brought an innovative and distinctive approach to documenting that which has yet to occur. To learn more, book the programme or find a screening near you, visit: documentaryfuturism.ca

NOVA
A teenager unwillingly deletes her best friend in this bittersweet coming of age story set in a world where augmented reality has gamified existence.

Camfranglais
On a trip to Tiohtià: ke for the 150th anniversary of Expo 67, Sam, a 15-year-old Cameroonian girl traces the steps of her great grandmother who lived there over a hundred years ago.

Couleur du Moment
A colour forecasting agency documents its human employees on their last day at the office.

Aryana Resurrected
Sometime in the future, the women of Afghanistan rule.

Here and Mars
JK is a 26 year-old astronaut selected to go on a mission to Mars in the year 2035. As she gets ready for her momentous day, she reflects on her past and the people who helped her get to where is she is now.


Program of new video commissions by:

Since 1987, ACT UP NY has held weekly Monday meetings. In 2018, an arm of the collective organized #HIVPreventionDay in conjunction with Prep4All, calling on Gilead Sciences to release their patent for Truvada, a drug that has the ability to reduce HIV transmission by 99%. In this video, the ACT UP Graphics and Visual Tactics Working Group pairs audio from planning meetings with seven sites of queer history in New York while explicating the values and strategies the collective uses to build power.

Positive Women’s Network – USA (PWN) is a national membership body of women living with HIV and allies that exists to strengthen the strategic power of all women living with HIV in the United States. In this video, women reflect on how collective creative projects have helped them create comfortable, intimate spaces where they can build community and provide support for each other while also working to advocate for changes that improve lives and uphold rights.

The Sero Project is a U.S.-based network of people living with HIV (PLHIV) and allies fighting for freedom from stigma and injustice. Sero is particularly focused on ending the inappropriate use of one's HIV status in criminal prosecutions of PLHIV, including for non-disclosure, potential or perceived HIV exposure or HIV transmission. The 2018 conference, co-produced with Positive Women’s Network-USA, included a showcase of visual art and poetry made by advocates working against HIV criminalization.

The SPOT (Safe Place Over Time) is dedicated to providing services and opportunities for wellness, empowerment, and leadership to young men in Jackson, Mississippi. 40 percent of gay and bisexual men in Jackson, the majority of them black, are living with HIV—the nation’s highest rate. Housed in the Jackson Medical Mall among healthcare and service providers, The SPOT offers a place for young men to openly discuss issues and challenges, work to improve their quality of life, and to promote the concept of self-worth in a variety of ways, including dance and creative expression.

Tacoma Action Collective is a partnership of Black community organizers working in grassroots action and education. This video chronicles how the collective organized in response to the whitewashing of the exhibition Art, AIDS, America at the Tacoma Art Museum. The collective also reflects on their work at the 2016 International AIDS Conference in South Africa, responding to interconnected structural violences with the demand #StopErasingBlackPeople.

VOCAL (Voices Of Community Activists & Leaders) is a New York-based grassroots membership organization that builds power among low-income people in order to create healthy and just communities. VOCAL is intentional in drawing connections between homelessness and the HIV and AIDS epidemic, understanding that access to housing impacts access to medication and the ability to maintain a regimen. In this video, VOCAL explains how it uses political theater and direct action as creative tactics to address housing policies as part of their work to end the HIV and AIDS epidemic.