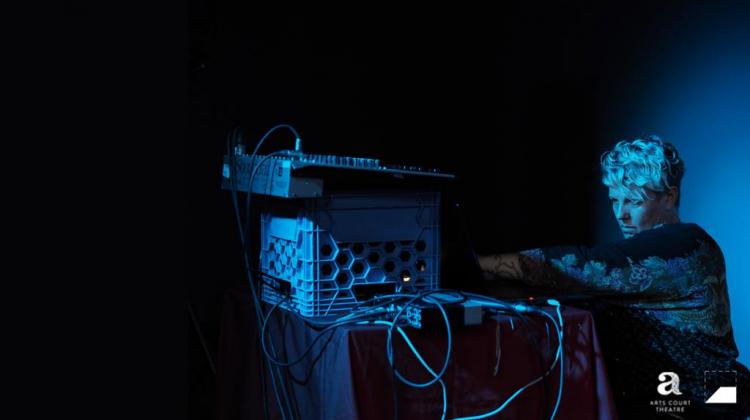 Knot Project Space, with support from Arts Court Theatre, is proud to present a performance and related workshop by Winnipeg-based artist Andrea Roberts, who performs under the name VOR. Situated within an empty wood-paneled Courtroom in the Arts Court, VOR will present an iteration of their sound performance Kempelen’s Breath. This voice-over driven work draws from personality-based statements that make up the back end of Cambridge Analytica's OCEAN algorithm. The work's title comes from Wolfgang Von Kempelen, the inventor of the first speaking machine who also created one of the first automatons. This will be the first presentation in a short series of events and workshops being coordinated by Knot Project Space in the Courtroom from December 10-12 to conclude its programming year, each reflecting through performance on the gravities of vocal utterance, the laws of language, and the language of law.

Andrea Oliver Roberts is a Winnipeg based multidisciplinary artist known for their sculptural installations and performance works that use sound, video and print to contend with technology, identity, and systems of belief within capitalism. Roberts has shown at galleries and performed at festivals internationally with recent presentations including Send + Receive 2019, Plug In ICA Stages Biennial, Montreal Film Pop, Truck Gallery, SomArts San Francisco, and The Auxiliary, UK. Roberts has performed as VOR, their solo as experimental sound project, since 2015. Roberts writing on the voice, gender and technology has been featured on SoundingOut! and they were a recent artist in residence at Oolite Arts, Miami and Brooklyn’s Pioneerworks Center for Art and Innovation. Their work has been recognized by the Murphy & Cadogan Contemporary Art Award and numerous awards from Canada Council for the Arts and the Manitoba Arts Council. They hold an MFA in Sculpture from California College of the Arts (2014) and a BFA Hons. in Sculpture from the University of Manitoba (2011).