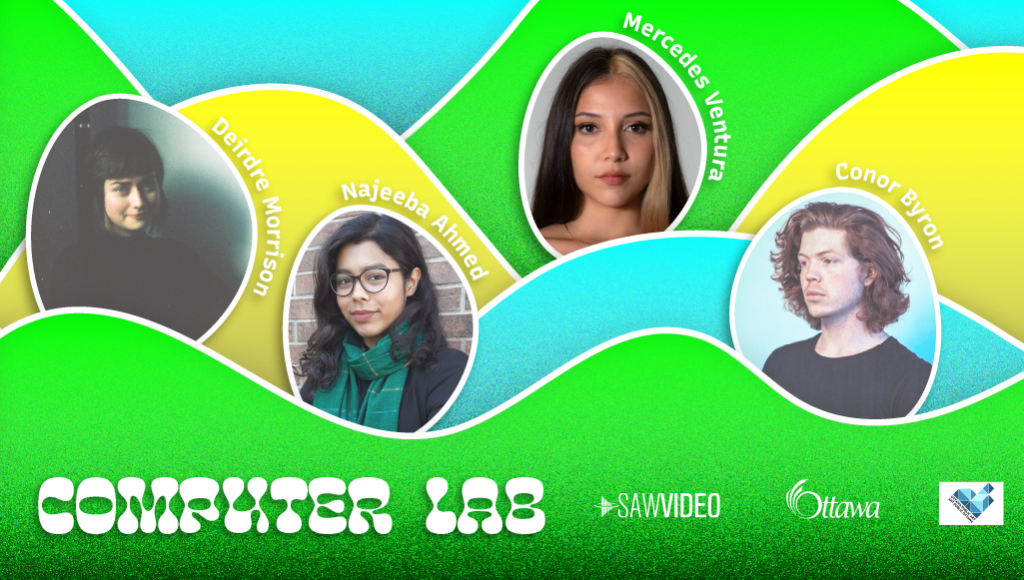 In collaboration with the City of Ottawa, SAW Video Media Art Centre is thrilled to announce our new public art program, Computer Lab: Media Art in the Browser. Computer Lab will guide a cohort of emerging-mid-career artists, based in Canada, who will expand on their existing practice by learning to use new tools available for digital creation. The artists will be supported in producing media art works that have been entirely conceptualized and produced within the web browser.

In the fall of 2020, these special works will both activate virtual and public spaces. They will be available for view at public sites in Ottawa’s downtown core. In these transitory public spaces, the works will expand upon general themes of movement, momentum and fluidity within these often bustling corridors. Artists will develop work that moves with the public and engages with the momentous, transitory stream of energy offered by the commuting passersby. 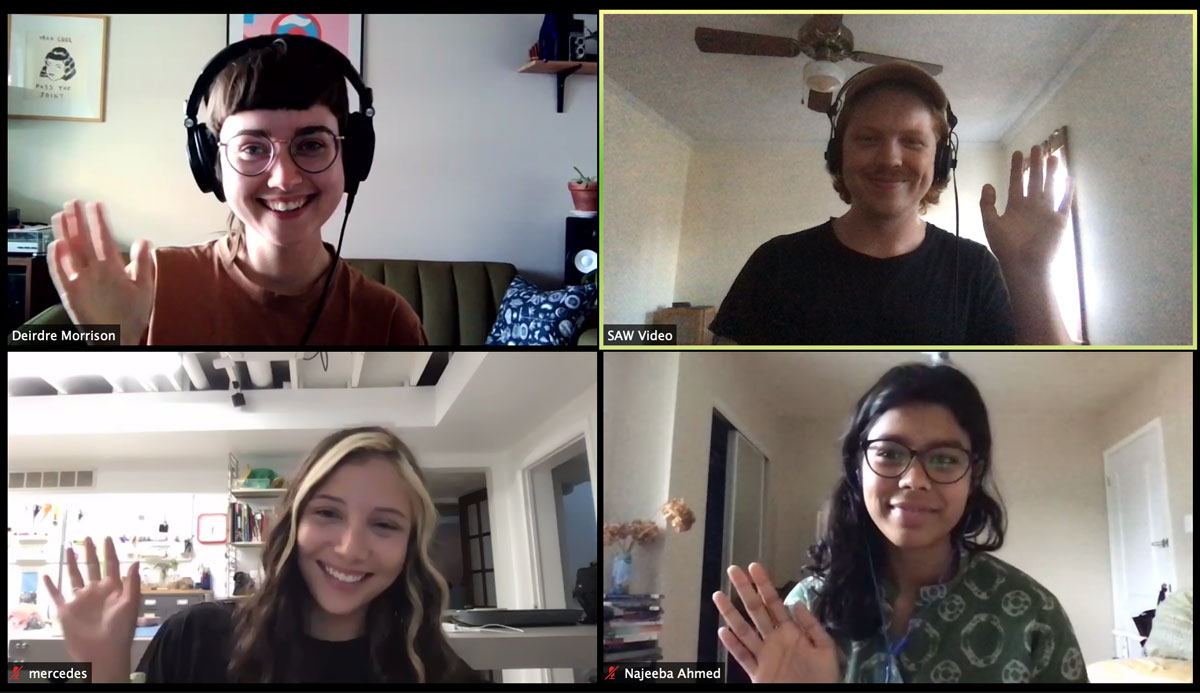 Deirdre Morrison is a sound artist, composer, and audio post mixer who works with audio, video, and 3D environments to create immersive digital settings. As a freelance creative, Deirdre edits, mixes, and composes for independent features, short films, and documentaries. They hold a Bachelor of Arts from the University of Ottawa and have completed programs in Music Industry Arts and Sound Design and Production. Deirdre produces experimental music and has performed at Pop Montreal and OXW. Their artistic practice is informed by an interest in new media and a fascination with the interaction between visual and auditory arts.

Najeeba Ahmed (they/them) is a transmedia designer, researcher and artist based in Ottawa. Their educational background at the University of Ottawa which included a Bachelors in Science with double major in Biology and Visual Arts, as well as their grassroots experience working for NGO’s in South Asia, informs the integration of various epistemological and ontological lenses within their work. Their interest in the entanglements between the past and the future, culture and technology, the virtual and the tangible are shaped by speculative, decolonial approaches that disrupt and destabilize the conception of the “normal”. Their work has been shown at the Ottawa Art Gallery and Gallery 115 to name a few. Najeeba is currently pursuing their masters in design at Carleton University and spending time rock climbing.

Mercedes Ventura in an emerging interdisciplinary artist based in Ottawa, Ontario. Mercedes’ work functions as autobiographical fiction examining ideas of identity, culture and social media. As a Guatemalan Canadian artist, Mercedes’ work is informed by the two cultures, her relationship to them and their relation to each other. She has been working on various photo, textile, and video projects as well as an Instagram account dedicated to performative self-portraits. In the spring of 2017, Mercedes received a Bachelor of Fine Arts from the University of Ottawa.

Conor Byron is a software developer and artist based in Ottawa, ON. Specializing in sound and graphics programming, he has designed and developed applications for screen-based platforms, installations, musical performances and theatre projects. Inspired by the tools and techniques of animation, video games and electronic music, he pursues new forms of intimate and meditative audiovisual software experiences.