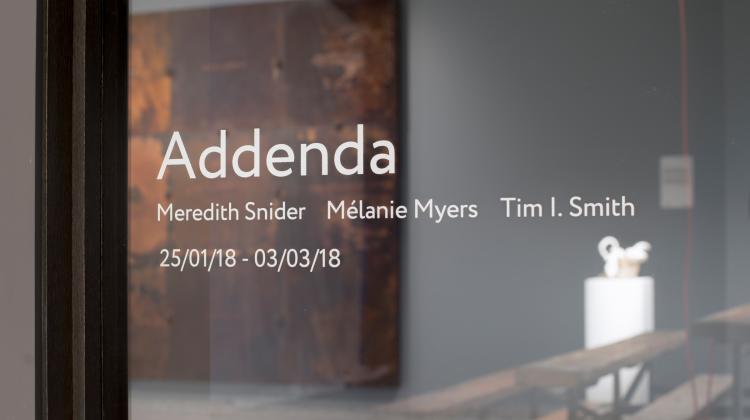 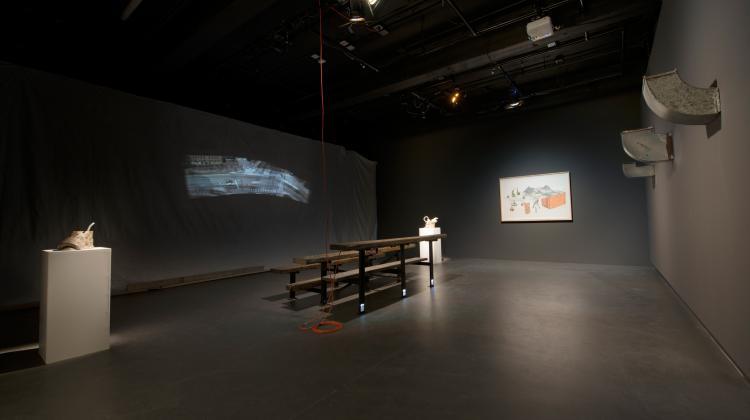 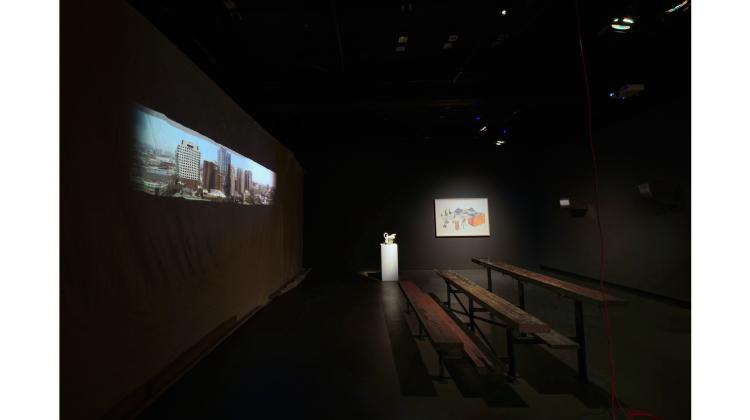 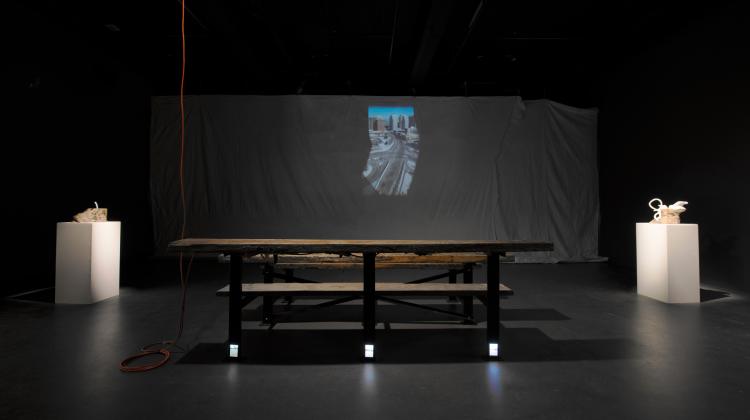 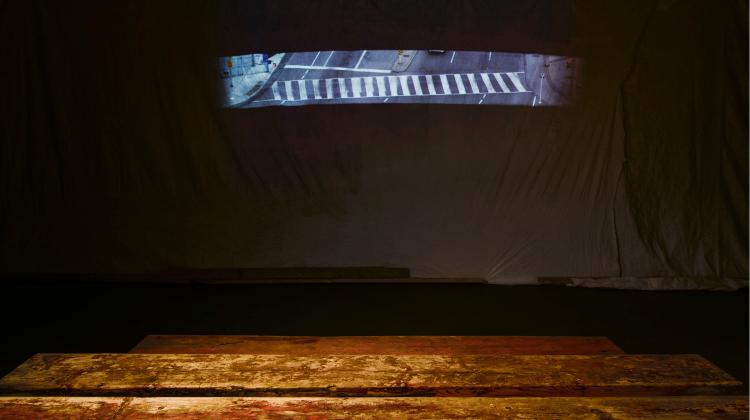 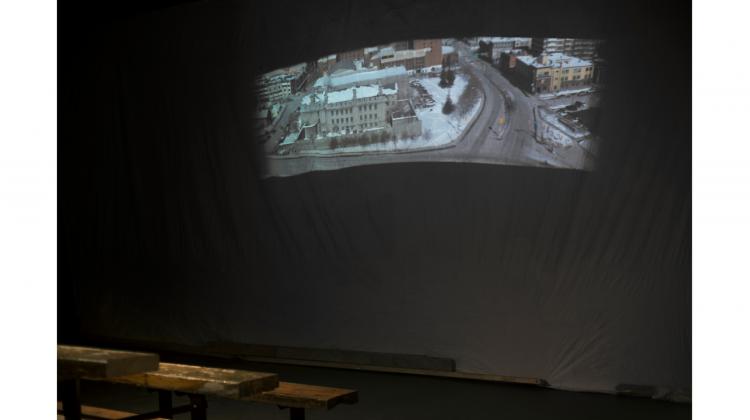 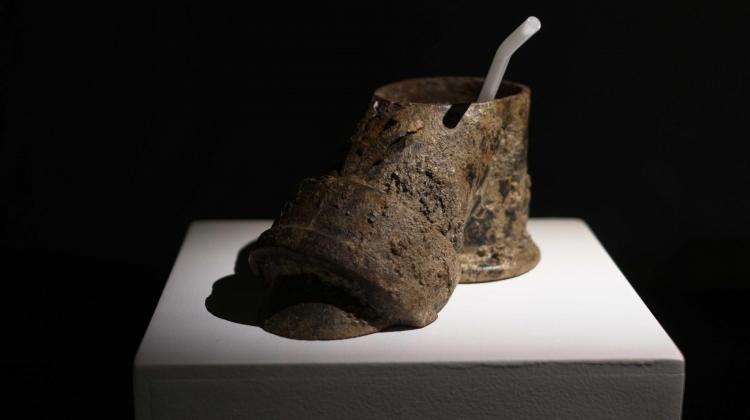 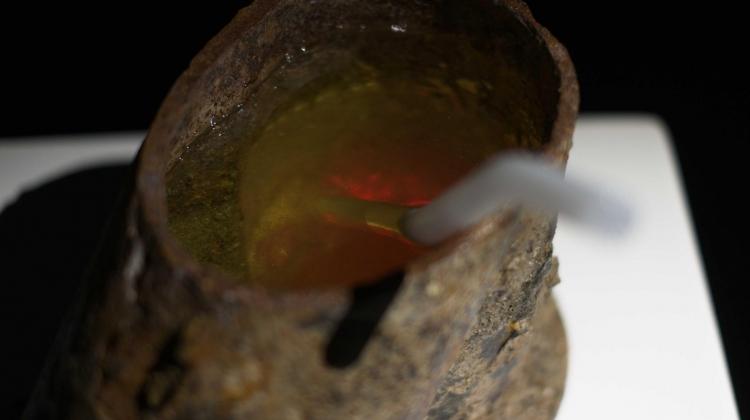 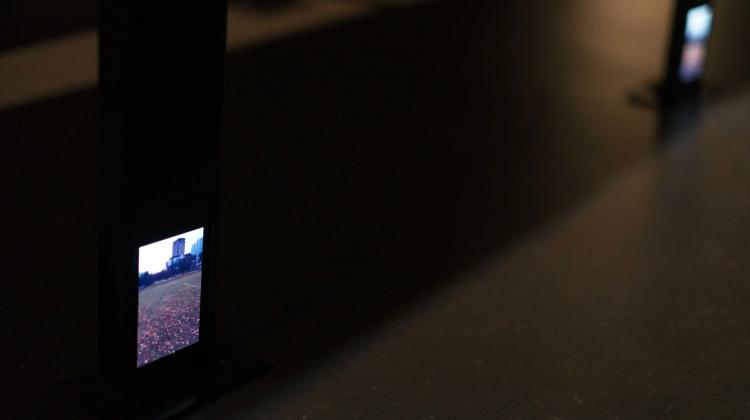 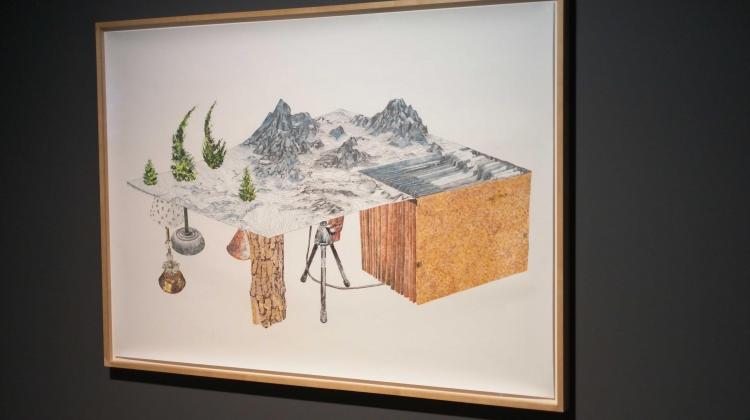 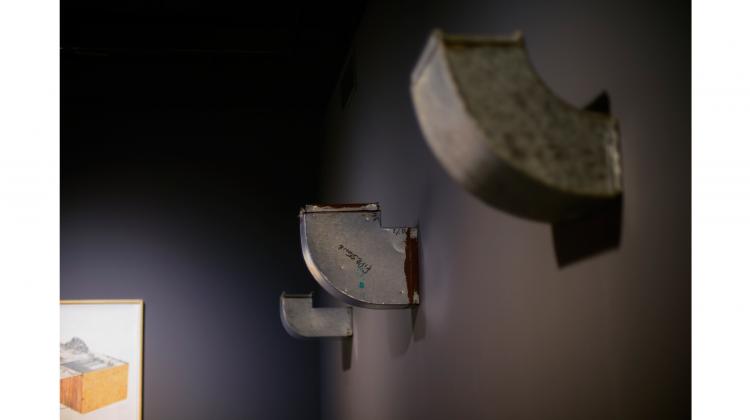 With nine quarterly issues of an online video magazine (www.culturalengineering.ca), and now this exhibition (Addenda), the Cultural Engineering project comes to a close, although the implementation of the Arts Court redevelopment will continue. The participating artists have eloquently borne witness to this historic infrastructural investment that has substantially transformed the downtown of Ottawa and given a significant boost to the stature of local arts organizations. Stationed as critical observers more so than cheerleaders of the undertaking, the two stalwarts of the project, Meredith Snider and Tim I. Smith, have contributed videos to each issue of the magazine since its launch in February 2015. A number of guest artists have also contributed videos, expanding the points of view and adding to the diverse range of topics addressed, including city planning, social justice, Indigenous issues, transgender rights, labour, and the conservation of built history, among others. With the exhibition, the first in SAW Video’s new Knot project space, the Cultural Engineering artists have been given an opportunity to go offline and make a physical intervention at Arts Court.

Each artist in Addenda is contributing work that incorporates and transforms materials that have been salvaged during the demolition phase of the Arts Court renovation. In keeping with the structure of the previous online installments of the project, the exhibition includes new work by Snider and Smith, as well as work by guest artist, Mélanie Myers. Tim I. Smith’s new video is projected onto a screen fashioned from tarps that were ubiquitous on the construction site. Throughout the project, Smith’s work has explored the relationship between photography and architecture, revealing the transitory nature of time. With a few choice materials, Smith has crafted a video installation that calls to mind a camera obscura, which effectively places the body of the viewer at the heart of the image. Mélanie Myers’s work similarly engages with the administration of the environment as a theme, and indicates how, for better or worse, the systems or structures that are put in place then modify human behavior. For Addenda she has fabricated a set of bleachers made with benches discarded from the Arts Court courtyard. These bleachers accommodate visitors to the exhibition in expected and unexpected ways. Multi-disciplinary artist Meredith Snider has repurposed materials from the site that point to aspects that are often hidden or repressed within architectural design, like ventilation and plumbing. Alongside Smith’s and Myer’s contributions, Snider’s work provides a soundtrack for the exhibition and underscores an essential role of the artist: to bring an unanticipated or even unwanted element to the act of communication, even if at first it is merely interpreted as noise.

Addenda is fittingly titled since the catalogue for the Cultural Engineering project was produced over a year ago. Information about the exhibition will actually be found in an addendum to the publication. The section of a document thus named takes its heading from the Latin phrase which means “that which must be added” and omissions or corrections are generally found there. The title of the exhibition is in the plural form to suggest there are many instances within the exhibition (not to speak of the Arts Court redevelopment itself) where things have been added with an aim towards improvement. One could say that it applies to SAW Video too, since it is only now after 35 years that it has added an exhibition space to its operations. The Cultural Engineering project has demonstrated that city building (and the growth of arts organizations) is an unfinished project that is always open to the redress of historical omissions and to an update in plans.

Mélanie Myers lives and works in Hull, Gatineau. She holds a master’s degree in Visual Arts from the Nova Scotia College of Art and Design (2013), as well as a bachelor’s degree in Art and Design from the Université du Québec en Outaouais (2008). In production, she reconfigures space and describes situations through her installations and drawings. Myers process touches on various fields of interest: safety, reality, error and the middle class. Her projects have been supported by the CALQ and exhibited in several Canadian art centres and galleries, including the Galerie UQO, the Forest City Gallery and the Anna Leonowens Gallery. She has completed residencies at the Centre Bang and the Maison Scott-Fairview (2017), and works as a project manager at AXENÉO7.

Working with a variety of materials my artistic practice draws from everyday experiences, common objects, and routines. In contrast to the culturally conditioned ties between happiness and normalcy, I am motivated by seemingly undesirable experiences such as failure, frustration, or discomfort. Control, lack of control, improvisation and chance are strategies I use in the making of sculpture, video and photography. In 2013 Snider earned an MFA from the University of Ottawa. Her videos have been screened in international film festivals and she exhibits regularly in Ontario and Quebec with occasional production support from funding agencies and art institutions in the region. She currently resides in Old Hull, Quebec among other artists and benefits from skill sharing and collaboration amongst her peers.

More about Snider.
Tim I. Smith

Timothy I. Smith is a photographic artist who is interested in the relationship between photography, video and how they are viewed in a digital form. He has been exhibiting his work since 2006 and was a UK representative at the Biennial of Young Artists in Skopje, Macedonia, 2009. He studied Fine Art at the University of Brighton, UK and Photography at Nottingham Trent University, UK.

Michael Davidge is an artist, writer, and curator who lives in Ottawa. He holds an M.A. in English Literature from Concordia University in Montreal and an M.F.A. in Visual Arts from Western University in London, Ontario. He has been involved in various artist-run centres and organizations through the years, including Artexte in Montreal, the Forest City Gallery in London, and Modern Fuel Artist-Run Centre in Kingston, Ontario. His writing on art and culture has appeared in several publications, including BlackFlash, Border Crossings, C Magazine and Matrix.