Chris Mullington first joined SAW Video in 1982. During the rest of that decade he was one of the co-op’s most active members and was on the board of directors for several years. Since then he has directed and produced hundreds of items for television and non-broadcast applications. He has won several awards including a Gemini for his comedic analysis of stool on CBC’s The Health Show and Best Picture Editing at Hot Docs. 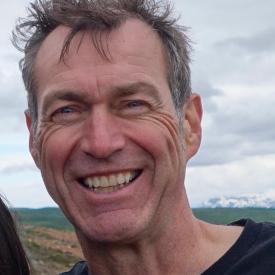