Sifiso holds an international diploma in film direction from Center for Research in Art of Film and Television in India. He’s a skilled photographer, director and producer with seven years’ experience. He founded the Mpumalanga International Film Festival (MIFF) in South Africa in 2013 with an aim of providing a platform for the industry to grow and local artists to express themselves. Prior to MIFF, he worked as a film and video manager at the Department of Culture, Sport and Recreation in the Film Office focusing on funding for film, scriptwriting and directing. His film credits include working as location manager for a feature film, Liphutsa Lami, which was screened on Dstv’s Mzansi Magic. Sifiso has been a SAW Video member since 2016. 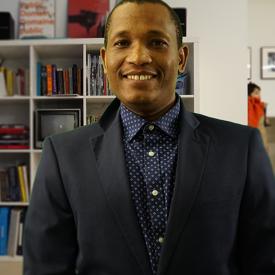