Jason Sonier studied music performance and film at Carleton University while also starting a technical career with work at CKCU.  He then graduated at the top of his class at The Audio Recording Academy/Raven Street Studios and has continued his education through workshops at SAW Video, IFCO and the Summer Institute of Film and Television.  He has worked for the Ottawa Folk Festival, Arts Court, the Department of Music at the University of Ottawa, and has been the audio director for theatre productions, including the Canadian touring production of Menopause the Musical. As a technician, sound artist, musician, performer, and video-maker, he has worked and collaborated with a variety of musicians, storytellers, poets, spoken word artists, dancers, theatre artists, video-makers, visual artists, circus artists and other performers. 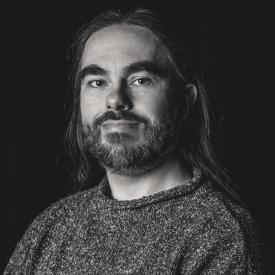