There is something so compelling about a synthesizer, something that allows you to create sounds that have never existed before.  It’s a staple of music in general and of film soundtracks and sound designs.  Sound artists rely on them to create weird and wonderful tones and textures for their work.  The first synthesizers were analog, completely electronic, clunky, chunky and very hands on.  Later, manufacturers took advantage of advances in technology to create digital synthesizers, creating more possibilities in sound creation.  And since then, personal computers have become powerful enough that they can run synthesizers as pure software.  These software synthesizers can be incredibly complex; some try to accurately model the sounds of their hardware predecessors while others voyage into completely unknown territory.  And best of all, some are free to download and use...here are just a few of them...

(Note that these pieces of software are plugins, designed to work within a Digital Audio Workshop.  Luckily, Ableton Live, Apple Logic X Pro, Reason, Steinberg Cubase and Cockos Reaper are all offering 60-90 day free trials of their respective Digital Audio Workstations for the duration of the social distancing; in fact, many of these Digital Audio Workstations come already bundled with their own software synthesizers. Should you decide to keep going with things past the trial period, Reaper is a particularly cost-effective and capable solution .)

This developer has created some virtual versions of older analog synths and offers them free for use.  While most of them are based on software conceptions of analog synths, they each have their own characters, quirks and capabilities.    And there are a lot of models to choose from, so why not give them all a try?

For another flavour of (virtual) analog synthesis, have a look at Synth 1.  It is the most downloaded software synth of all time and despite its relative age, it still sounds great.

U-He have created some of the most popular and capable software synthesizers out there.  And they have also created a few free software synthesizers as well and they are a lot of fun to explore.  Triple Cheese is modeled after an analog synthesizer and allows for a rather nice depth of exploration and sound creation.  It has a dark and slightly rough (in a good way) character that is quite appealing, and comes with some presets that sound great.  You can also check out their other free synths, Podalski, Zebralette, and Tyrell N6.

For Mac and PC (free)...there’s even a version for iPhone, though one needs to pay for that.

After the initial wave of commercial analog synths in the 60’s and 70’s, digital synthesizers came onto the scene and offered some interesting ways to approach sound design.  One of the weirdest was FM-synthesis, which used a sound wave to affect another sound wave in interesting ways.  Yamaha created their DX7 hardware synth based on this method; that one model was one of the most popular hardware synthesizers of all time and is still sought after to this day.  And of course, being a digital synthesis technique, there are pieces of software that allow one to explore this method of sound creation.  Dexed is one of the most popular of these, and is actually pretty much a straight copy of that original DX7 hardware.  It’s not the easiest sound creation method to wrap one’s head around, but can create really interesting sounds that other synthesis methods can’t do.

Modular synthesis was one of the first kinds of electronic sound creation, using individual pieces of laboratory test equipment wired together to create and manipulate sound in weird and wonderful ways.  Eventually, companies began making purpose-built racks of components designed to be wired and work together for specific sound and music purposes.  There has been a huge resurgence in interest in this method, with dozens of companies now producing individual components you can wire into a setup.  Computers have progressed to the point when they can model this sort of setup digitally.  VCV is an initiative to create an open source framework for models of various components to be virtually wired together to allow one to create their own contraptions for sound creation and manipulation.

Fathom (Mono version is free, one can buy into the polyphonic version)

Fathom is a software modular synth - this means there are small, individual components you can connect together virtually, so that they can affect and control each other and shape the sound.  Each component has its own controls and ways to shape sound and other signals.  It can get pretty deep and can create some really interesting sounds.  Note that the free version is monophonic only - it will only produce one note at a time.  Still, you can have a lot of fun exploring things and if you are hungry for more, you can look at buying into the full version.

There are a few free options for iPhones as well:

AudioKit Synth One is free and a great way to explore virtual analog synthesis.

Moog is offering their Model D synth app for free for now.

KV331 is also currently offering their SynthmasterOne for iPhone app for free. 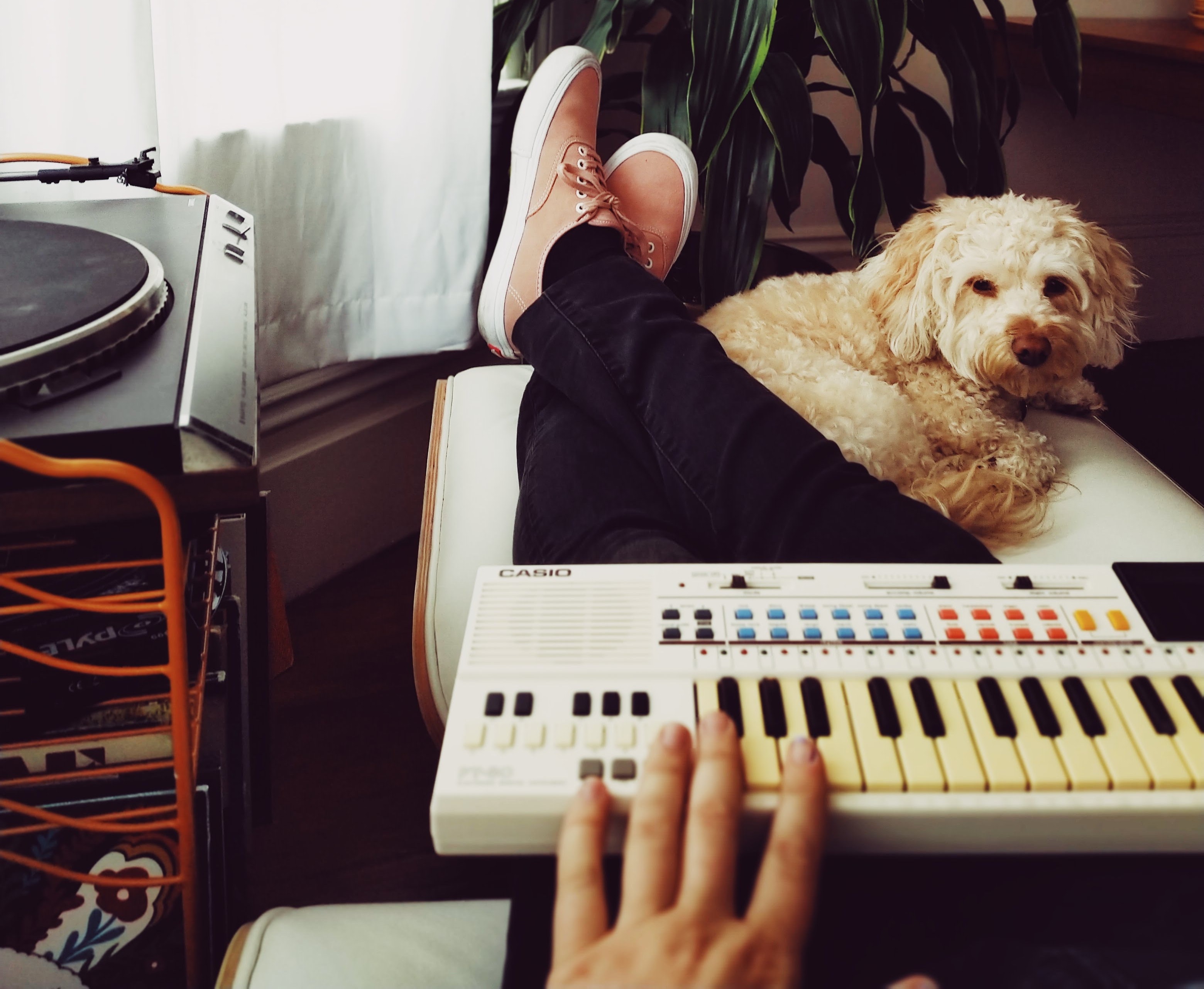